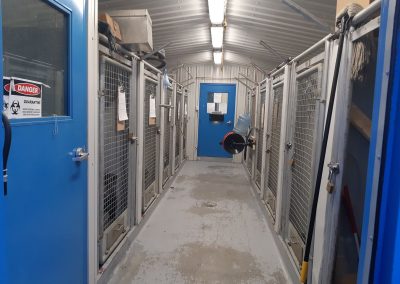 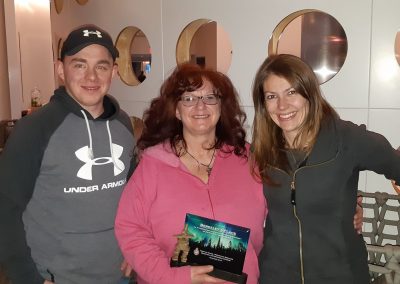 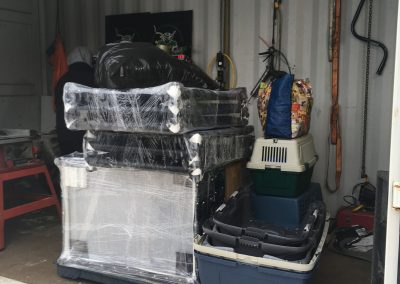 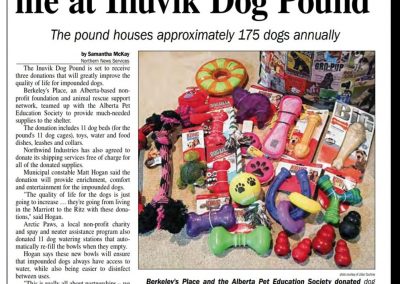 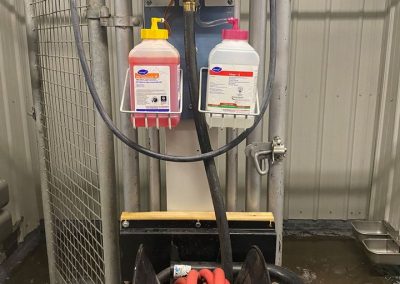 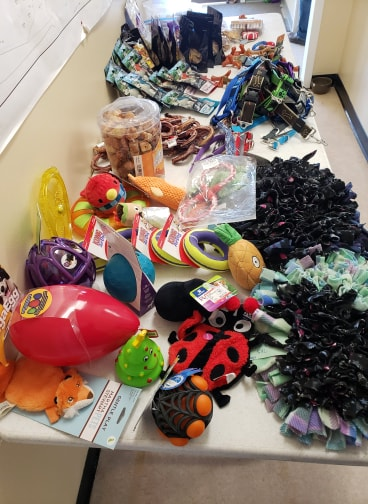 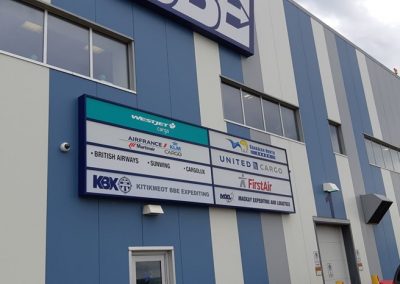 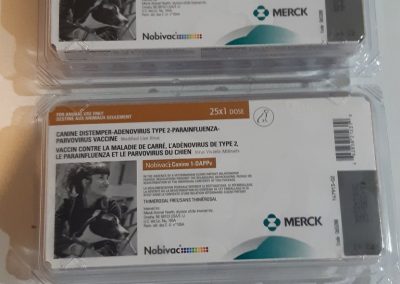 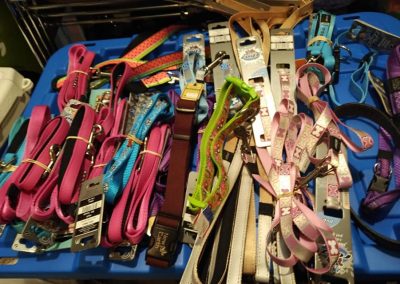 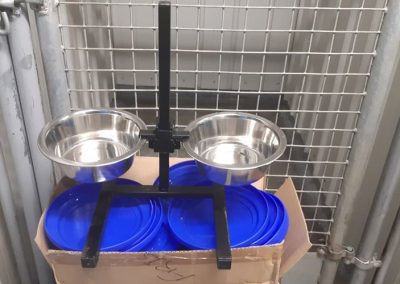 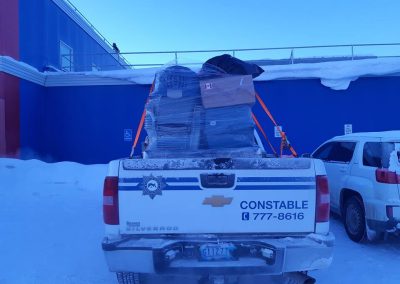 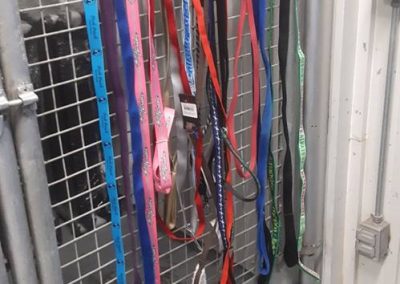 We have a very special friendship with Jolly Old St. Nicholas, and our Berkeley’s partners have gotten to know him as ‘Santy Paws’.

In early November 2018, Santy sent Rudolph out on a recon mission to map his route to one of our partner stores for the Berkeley’s Place annual Christmas pet photo fundraiser. The trouble is that Rudolph sometimes gets a little sidetracked (and the GPS was broken), so Rudolph ended up in Inuvik, Northwest Territories by mistake!

While exploring Inuvik, Rudolph got pulled over on a routine traffic stop by Constable Matt and ended up at the local shelter, but because he was wearing his collar and tags, along with his microchip information being up-to-date, Constable Matt only had to do a little bit of paperwork to give him a free pass.

While Constable Matt filled out his forms, Rudolph took a walk around. Imagine his surprise when he saw 12 very clean kennels, but something very important was missing. Beds! There were NO BEDS for dogs to lay their heads to rest while they waited for a complimentary flight south to Alberta rescue organizations.

Rudolph rushed to the front and asked Constable Matt about what he had seen. He learned that since they were way up north in Inuvik, getting supplies is difficult, and the Constable had tried for two whole years to get beds. Rudolph couldn’t stop thinking about what Constable Matt had told him.

When Rudolph got back to the North Pole, he went to go straight to Santy to fess up about his stay in the clink. The two hatched up the perfect plan!!!

Santy asked his close friend, the Fairy Godmother of Rescue (that’s our Founder, in case you were wondering!!), for help. She readily agreed and reached out to her Angel Network – the Earth Angels who help us fill needs. One such Angel was a lovely lady who makes raised beds for dogs, so we placed an order for 10 beds but when our Angel found out there were actually 12 kennels in the Inuvik shelter, she donated the remaining two needed dog beds for a complete set. Our hearts swelled and we couldn’t wait to send this gear up north!

We asked what else was needed and how we could help further and we went to work on the wish list we received!! In early January 2019, 375 pounds of supplies arrived at the Inuvik Dog Pound! This included kennels, leashes, collars, bowls and enrichment toys. Another critical item that we sent up was two containers of disinfectant tablets that aid in neutralizing bacteria and viruses such as Parvo, a deadly virus that kills many dogs each year.

Thanks to generous sponsors, dog bowls were installed in each kennel allowing for freshwater to be piped in and a removable tray for dry food was also included, making cleaning and sanitization much easier for the staff. North of 60 Medical Solutions donated the cleaning system and Berkeley’s Place purchased cleaning supplies that helps to provide sanitization, thus preventing the spread of parvo and other diseases.

In November 2019, we received commendation from the Mayor of Inuvik for our partnership in helping enrich the lives of homeless, abandoned and surrendered dogs in Inuvik. We are humbled by this recognition and are committed to this partnership and continue collaborating to find ways to serve this community.

Our Foundation continues to work with bylaw officers in Inuvik shipping crates, leashes, vaccines and other needed supplies throughout the year. This would not be possible without assistance from Canadian North Airlines and Northwind Transports.

So Rudolph’s time behind bars in Inuvik, NT in 2018 began a wonderful working relationship with the bylaw officers that continues to the present day.

No comments to show.